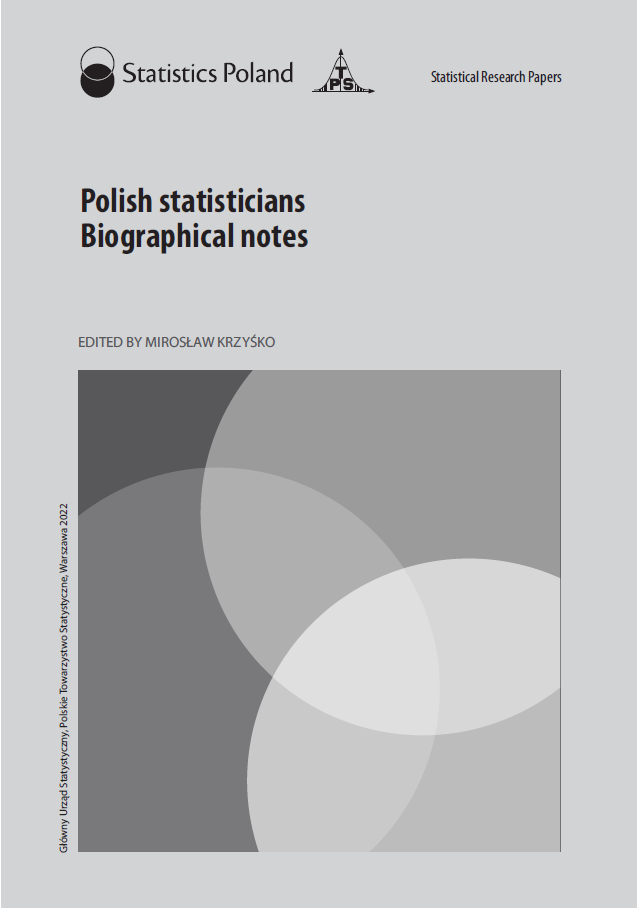 The publication presents the biographies and achievements of over 30 people who, since the beginning of the 20th century, have contributed to the development of the theory and methodology of statistical research at country level as well as internationally. The book is about statisticians who passed away in the 20th or during the first two decades of the 21st century (up to 2021), whose achievements were both of a scientific character, thus involving creating new ideas, concepts and devising research methods, and also of a didactic, organisational and popularising nature. Hence, the publication presents the profiles of theoreticians and practitioners, academic teachers, authors, editors and publishers of statistical studies.

The biographical notes of the prominent figures of Polish statistics tell the story of the statistical thought, along with its development and application to various fields of science and practical activity, which go beyond individual cases. This roots the study in the realms of history of science and institutional transformations of statistical research.